Sunday afternoon saw the "Three Amigos" put the layout through its paces. There were a few gremlins dispatched by my compatriots and a couple left over for me to sort during the week. It was a productive afternoon. 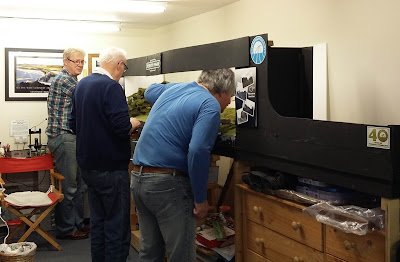 Once I've sorted the final two gremlins the layout would seem to be almost ready for the weekend. That said, I don't consider it completed, I'll not get time during the week to do all that I would have liked. The extra bits are just that, extras that I doubt will be missed until added to the layout.
Posted by Yan at 22:30 1 comment:

Well, I think, for the moment, the empty clay wagoms might be finished...

In the future I might do a bit of extra weathering but they will definitely be OK for the Lincoln show next weekend.
Posted by Yan at 08:32 2 comments:

Farmer and wharfinger (maybe his wife?)

Being regularly away from home for work has stopped me progressing Tredethy Wharf as much as I would have liked. This has had a major effect in the preparation of the layout for next weekend's Lincoln show. I'm hoping that what I've been able to achieve will be enough to show the layout and the Scalefour Society in a good light.

Anyway this week I decided to take with me a couple of figures to paint while staying in a hotel for work. After my colleagues had departed during the day on Wednesday, I found myself being "Billy no mates" for an evening, so I broke open the paints and splashed a bit about on the figures. After a quick dry brushing last night and a coat of matt varnish I think they are ready to be installed on the layout... 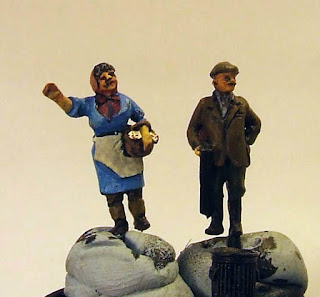 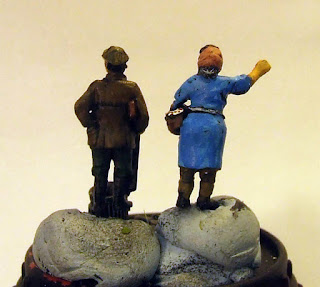