Well not golden, rather inspiring and exiting.

I've been invited to help backstage with Kyle of Sutherland at Railex next year. As a prelude I spent a very enjoyable day in Skipton being introduced to the layout and its creator. 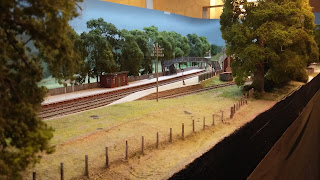 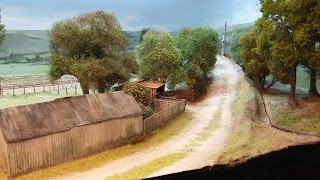 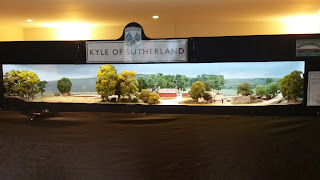 Also, much to my surprise, I've been invited to show Tredethy Wharf at Scaleforum 2018...

This invite has spurred me into action with; rectifying some of the faults en-counted at the Lincoln show earlier this year; thinking further about auto-couplings; also about progressing some scenic improvements. I also have realised I need to give thought to completing some locos and extra rolling stock for this prestigious show. Not sure I'll be able to covert the layout to DCC as I would have hoped for a Scaleforum. Also to keep it authentic to the line I'm trying to depict it might have be a diesel only layout but I'm already looking forward to the weekend in September.